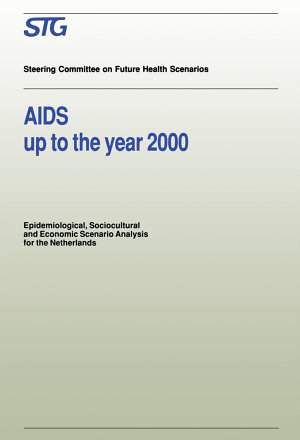 In March 1983 the Secretary of State for Welfare, Health and Cultural Affairs appointed the Steering Committee on Future Health Scenarios (STG). The task of the STG is to advise the Minister on the future of public health and health care in the long term in the Netherlands with a view to increasing the anticipatory capacity of government policy. Since 1983 the STG has set up a number of committees, including the Scenario Committee on AIDS, with a view to mapping out possible scenarios in their particular field of interest. The committees report in the form of scenario reports, which are of relevance not just to the national government but also to others involved in policy development and opinion formation in the field in question. What proportions will the HIV/AIDS epidemic assume and how many new HIV infections can be averted by HIV/AIDS prevention campaigns? How much care and support will people with HIV and AIDS need and what successes can be expected within the care sector? What will be the social consequences of AIDS and how can ostracism and the social isolation of people with HIV and AIDS be avoided? These and other related questions form the subject of this book, which examines the sociocultural and economic impact of AIDS in the Netherlands up to the year 2000. The book presents a study carried out by the Netherlands Institute of Mental Health (NcGv) and the National Institute of Public Health and Environmental Protection (RIVM), under the direction of the STG Scenario Committee on AIDS. The researchers look back at the epidemiological, sociocultural and economic impact of AIDS in the Netherlands during the first decade of the epidemic and, on the basis of this, use scenario analysis to project the impact of AIDS up to the year 2000. The future projections relate both to the impact of AIDS and the maximization of efforts to combat the disease. In addition to a scenario exploring the impact of AIDS if developments continue unchanged, alternative scenarios are also put forward. These focus on the impact of significant changes in such diverse fields as sexual behaviour, injecting drug use, the effectiveness and organization of HIV/AIDS prevention programmes, and the demand for delivery of care. The book concludes that the impact of AIDS will only become fully apparent in the second decade of the epidemic. The authors consider the implications of this conclusion for HIV/AIDS prevention programmes, research, care and the efforts to counter the socially undesirable impacts of AIDS. 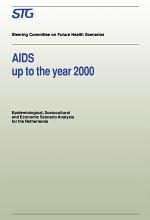 Authors: Scenario Committee on AIDS, E.J. Ruitenberg, F.M.L.G. van den Boom, J.C. de Jager, D.P. Reinkind, M.J. Postma, C.E.S. Albers
Categories: Medical
In March 1983 the Secretary of State for Welfare, Health and Cultural Affairs appointed the Steering Committee on Future Health Scenarios (STG). The task of the STG is to advise the Minister on the future of public health and health care in the long term in the Netherlands with a 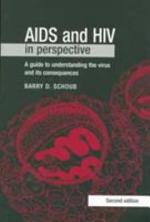 AIDS and HIV in Perspective

Authors: B. D. Schoub
Categories: Health & Fitness
This new edition of Dr. Schoub's informative and lucid account brings the reader up to date on the current understanding of the natural history of HIV infection, new approaches to management of infection and disease, and improvements in diagnostic capabilities. This book, aimed at the general reader, bridges the gap 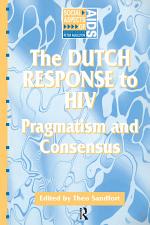 The Dutch Response To HIV

Authors: Theo Sandfort
Categories: Medical
The Netherlands' response to AIDS is widely regarded as well organized and effective. This is largely due to the timely response to the threat of the disease, with a prevention programme starting in 1982. This Dutch example provides an instructive case study for other countries with relevance for policy makers 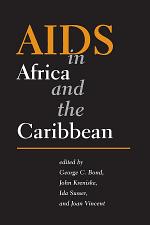 AIDS in Africa and the Caribbean

Authors: George Clement Bond
Categories: Political Science
This book offers detailed ethnographic studies from Africa and the Caribbean to explain AIDS in a global and comparative third-world context. The essays move beyond medical or epidemiological models, explaining the epidemic in its economic, social, political, and historical contexts. 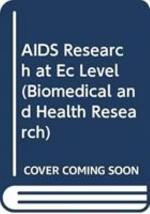 Authors: Andre E. Baert
Categories: Medical
At EC level the fight against AIDS, one of the major health problems and socioeconomic diseases today, is also part of the specific RTD programme in the field of biomedicine and health. About 600 research teams are collaborating within 30 concerted actions networks that are underpinned by centralised facilities. For