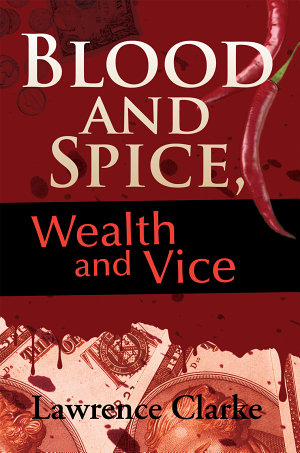 The story is set mainly in and around Boston, with some action taking place in Brighton Beach, Coney Island. A female torso is discovered buried on Middlesex Fells. A sergeant at the local county precinct knows there are wider implications and asks the Boston Police Department for assistance. The case is passed to Sergeant Investigator Lynden Deller and his detective team, Hilly Marsden and Glynn Taylor. Deller's friend is the Deputy Coroner, Mason Bridger, and he carries out the autopsy. His preliminary report tells Deller that the torso may at one time have been a gynandromorph and had been surgically corrected'. Both men assume the amputations were carried out to hide the identity of the woman but the killer, or killers, has made a mistake. The woman has had a breast augmentation at some point in her past and the implants carry serial numbers. Lynden Deller is an unusual man. His ancestors, from Boston, England, were among the first settlers in Massachusetts. He hails from a very wealthy, Brahmin background and his brother, Charles, runs the family's multi-million dollar financial corporation. Deller and his sister Nell are totally different in character to their older brother in that they have turned their back on the wealth and dedicated themselves to assisting in the public good. Nell is an immunologist and bacteriologist and devotes most of her time abroad among the afflicted of the Third World. Their mother, Andrea, is a social butterfly who judges no-one harshly and loves her children equally. She runs charity events and donates her time to raising money and giving a good deal of her own. Her husband, Deller's father, died of a stroke in his early fifties. Miller Killaine is a billionaire but is descended from poor Irish immigrant stock. The Killaine Corporation, the legal one, own all types of businesses across America and beyond. He also heads a secretive, shell corporation whose illegal activities have been in operation for more than a century. He hates the Brahmin stock. His son, Emmet, is a different individual, having been moulded by his gentle mother. Emmet was engaged to the girl, Charlotte Alverdia, in Mason Bridger's refrigerated drawer. He does not know straight away that his father had the girl killed after she told Emmet her most guarded secret and he broke their engagement. When she left she took with her a family heirloom, an engagement ring valued at almost $2,000,000, and some papers that tell of a secret only Miller Killaine and one other person know. He will remove anyone to keep that secret. Problems arise when the ring and papers are not returned by Charlotte's killers and they demand a ransom for the jewellery and the papers. Killaine has to hire more thorough men to hunt down those who dared to doublecross him. From there the hunt for Killaine's possessions becomes more convoluted as the months pass. There are others involved, such as a gang of Romani Bulgarians and a man by the name of Russian Peter, who are on Killaine's payroll. These men are all dangerous but none is more dangerous than Killaine's most trusted contract operator. He was originally Polish and his real name was Zadufin. (FIN to those who can afford to pay for his services.) When he escaped Poland, he took his dead brother's name as a mark of respect and love. Before he left, and after his father was the cause of his brother's death, he cut the old man's throat and made Polish black sausage with the blood and spices; just the way his father had shown him. He has made the sausage many times since; in Denmark, Canada and America. He lives on a bluff on Martha's Vineyard in a house that looks across Nantucket Sound. He is the only man that Miller Killaine fears. Emmet meets Nell at a fund raiser run by his father at Garavogue, the family mansion. The Deller family are guests along with 300 other wealthy donors. Emmet and Nell eventually fall for one another but Nell is 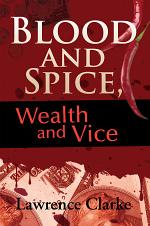 Blood and Spice, Wealth and Vice

Authors: Lawrence Clarke
Categories: Fiction
The story is set mainly in and around Boston, with some action taking place in Brighton Beach, Coney Island. A female torso is discovered buried on Middlesex Fells. A sergeant at the local county precinct knows there are wider implications and asks the Boston Police Department for assistance. The case 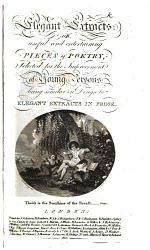 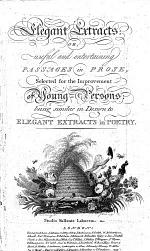 Elegant Extracts: Or, Useful and Entertaining Passages in Prose, Selected [by Vicesimus Knox] for the Improvement of Young Persons, Etc. (Seventh and Last Edition.). 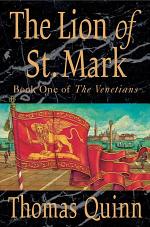 The Lion of St. Mark

Authors: Thomas Quinn
Categories: Fiction
The first book in an adventurous trilogy The House of Ziani and the House of Soranzo had been enemies ever since their grandfathers' joint business venture had collapsed more than forty years before. Then, they had chosen not to resolve their differences in the courts. Instead, they each sought to 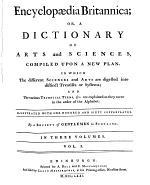 Encyclopaedia Britannica, Or, A Dictionary of Arts and Sciences

Authors: Thomas Quinn
Categories: Books
Books about Encyclopaedia Britannica, Or, A Dictionary of Arts and Sciences