"The book chronicles the Cincinnati Reds from 1967 to 1979, when general manager Bob Howsam built the lineups that won four National League pennants and two World Series. Manager Sparky Anderson pulled the levers of the machine, earning the moniker "Captain Hook" for his habit of changing pitchers"--Provided by publisher. 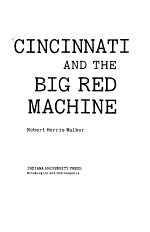 Cincinnati and the Big Red Machine

Authors: Robert Harris Walker
Categories: Sports & Recreation
Looks at the history of the Cincinnati Reds, describes the role of Riverfront Stadium in the city's rejuvenation, and examines the city's longterm relationship with baseball. 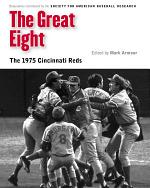 Authors: Society for American Baseball Research (SABR)
Categories: Sports & Recreation
The 1975 Cincinnati Reds, also known as the “Big Red Machine,” are not just one of the most memorable teams in baseball history—they are unforgettable. While the Reds dominated the National League from 1972 to 1976, it was the ’75 team that surpassed them all, winning 108 games and beating 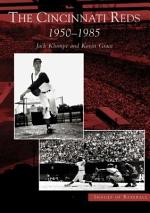 Authors: Jack Klumpe, Kevin Grace
Categories: History
Imagine crouching 15 feet from home plate during a Cincinnati Reds baseball game with a camera at eye level. A major league player like Ted Kluszewski comes barreling towards the plate as you flash the bulb while the catcher makes the tag. That was one of Jack Klumpe's experiences for 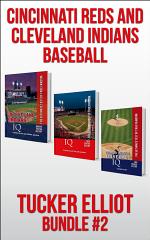