This volume is both a companion to the editors' Greek Historical Inscriptions, 404-323 BC, and a successor to the later part of the Selection of Greek Historical Inscriptions to the End of the Fifth Century BC, edited by Russell Meiggs and David M. Lewis and published in 1969. As with the editors' earlier collection, it seeks to make a selection of historically significant inscribed texts accessible to scholars and students of fifth-century Greek history. Since the publication of Meiggs and Lewis' collection, a number of significant new inscriptions and fragments have been unearthed and new interpretations of previously known examples developed. As well as updating the scholarly corpus, this volume aims to broaden the thematic range of inscriptions discussed and to include a greater selection of material from outside Athens, while still adhering to the intention of presenting texts which are important not just as typical of their genre but in their own right. In doing so, it offers an entry point to all aspects of fifth-century history, from political and institutional, to social, economic, and religious, and in order to make the material as accessible as possible for a broad readership concerned with the study of these areas, the Greek texts are presented here alongside both English translations and incisive commentaries, which will be of utility both to the specialist academic and to those less familiar with the areas in question. The inclusion of photographs depicting inscribed stones and bronzes complements discussion of the inscriptions themselves and enables parallel consideration of their nature, appearance, and transmission history, resulting in a work of thoroughly comprehensive, cutting-edge scholarship and an invaluable reference text for the study of fifth-century Greek history. 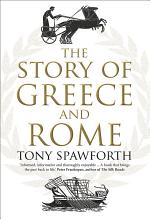 The Story of Greece and Rome

Authors: Tony Spawforth
Categories: History
The extraordinary story of the intermingled civilizations of ancient Greece and Rome, spanning more than six millennia from the late Bronze Age to the seventh century The magnificent civilization created by the ancient Greeks and Romans is the greatest legacy of the classical world. However, narratives about the “civilized” Greek 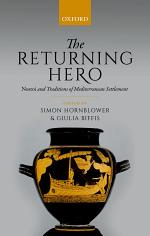 Authors: Simon Hornblower, Giulia Biffis
Categories: Literary Collections
A recurring and significant theme in ancient Greek literature is that of returns and returning, chiefly - but by no means only - of mythical Greek heroes from Troy. One main, and certainly the most 'marked', ancient Greek word for 'return' is nostos (plural nostoi), from which is derived the 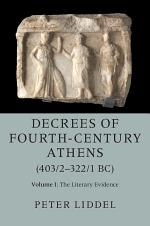 Authors: Simon Hornblower, Giulia Biffis
Categories: History
Decree-making is a defining aspect of ancient Greek political activity: it was the means by which city-state communities went about deciding to get things done. This two-volume work provides a new view of the decree as an institution within the framework of fourth-century Athenian democratic political activity. Volume 1 consists 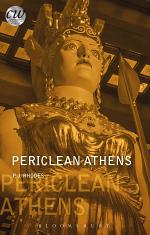 Authors: P J Rhodes
Categories: History
In the second and third quarters of the fifth century BC, when Athens became both politically and culturally dominant in the Greek world, Pericles was the leading figure in the city's public life. At this time Athens developed an empire of a kind which no Greek city had had before,