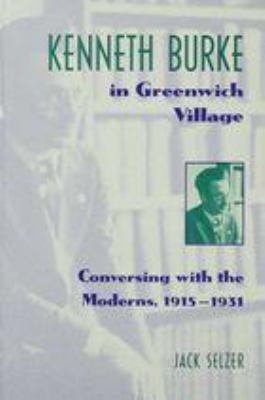 Capturing the lively modernist milieu of Kenneth Burke’s early career in Greenwich Village, where Burke arrived in 1915 fresh from high school in Pittsburgh, this book discovers him as an intellectual apprentice conversing with “the moderns.” Burke found himself in the midst of an avant-garde peopled by Malcolm Cowley, Marianne Moore, Jean Toomer, Katherine Anne Porter, William Carlos Williams, Allen Tate, Hart Crane, Alfred Stieglitz, and a host of other fascinating figures. Burke himself, who died in 1993 at the age of 96, has been hailed as America’s most brilliant and suggestive critic and the most significant theorist of rhetoric since Cicero. Many schools of thought have claimed him as their own, but Burke has defied classification and indeed has often been considered a solitary, eccentric genius immune to intellectual fashions. But Burke’s formative work of the 1920s, when he first defined himself and his work in the context of the modernist conversation, has gone relatively unexamined. Here we see Burke living and working with the crowd of poets, painters, and dramatists affiliated with Others magazine, Stieglitz’s “291” gallery, and Eugene O’Neill’s Provincetown Players; the leftists associated with the magazines The Masses and Seven Arts; the Dadaists; and the modernist writers working on literary journals like The Dial, where Burke in his capacity as an associate editor saw T. S. Eliot’s “The Wasteland” into print for the first time and provided other editorial services for Thomas Mann, e.e. cummings, Ezra Pound, and many other writers of note. Burke also met the iconoclasts of the older generation represented by Theodore Dreiser and H. L. Mencken, the New Humanists, and the literary nationalists who founded Contact and The New Republic. Jack Selzer shows how Burke’s own early poems, fiction, and essays emerged from and contributed to the modernist conversation in Greenwich Village. He draws on a wonderfully rich array of letters between Burke and his modernist friends and on the memoirs of his associates to create a vibrant portrait of the young Burke’s transformation from aesthete to social critic. 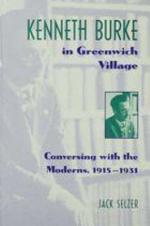 Authors: Jack Selzer
Categories: Biography & Autobiography
Capturing the lively modernist milieu of Kenneth Burke’s early career in Greenwich Village, where Burke arrived in 1915 fresh from high school in Pittsburgh, this book discovers him as an intellectual apprentice conversing with “the moderns.” Burke found himself in the midst of an avant-garde peopled by Malcolm Cowley, Marianne 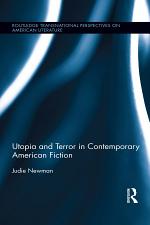 Authors: Judie Newman
Categories: Literary Criticism
This book examines the quest for/failure of Utopia across a range of contemporary American/transnational fictions in relation to terror and globalization through authors such as Susan Choi, André Dubus, Dalia Sofer, and John Updike. While recent critical thinkers have reengaged with Utopia, the possibility of terror — whether state or 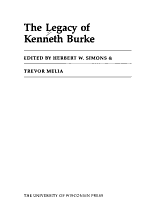 The Legacy of Kenneth Burke 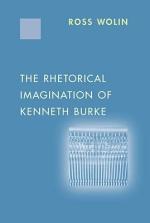 The Rhetorical Imagination of Kenneth Burke

Authors: Ross Wolin
Categories: Language Arts & Disciplines
Blending the genres of biography, intellectual history, and rhetorical theory, this study presents an analysis of Burke's (1897-1993) early essays and his eight theoretical works, placing them in the context of their social and political history. Wolin (humanities and rhetoric, Boston University) casts each work as a re-articulation and extension 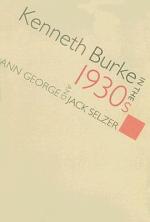 Authors: Ann George, Jack Selzer
Categories: Biography & Autobiography
Kenneth Burke once remarked that he was not a joiner of societies. Yet during the 1930s, he affiliated himself with a range of intellectual communities - including the leftists in the League of American Writers; the activist contributors to Partisan Review, the New Masses, the Nation, and the New Republic;