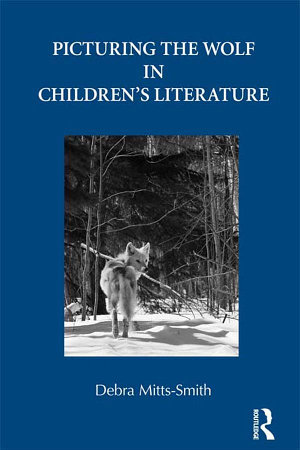 From the villainous beast of “Little Red Riding Hood” and “The Three Little Pigs,” to the nurturing wolves of Romulus and Remus and Rudyard Kipling’s The Jungle Book, the wolf has long been a part of the landscape of children’s literature. Meanwhile, since the 1960s and the popularization of scientific research on these animals, children’s books have begun to feature more nuanced views. In Picturing the Wolf in Children’s Literature, Mitts-Smith analyzes visual images of the wolf in children’s books published in Western Europe and North America from 1500 to the present. In particular, she considers how wolves are depicted in and across particular works, the values and attitudes that inform these depictions, and how the concept of the wolf has changed over time. What she discovers is that illustrations and photos in works for children impart social, cultural, and scientific information not only about wolves, but also about humans and human behavior. First encountered in childhood, picture books act as a training ground where the young learn both how to decode the “symbolic” wolf across various contexts and how to make sense of “real” wolves. Mitts-Smith studies sources including myths, legends, fables, folk and fairy tales, fractured tales, fictional stories, and nonfiction, highlighting those instances in which images play a major role, including illustrated anthologies, chapbooks, picture books, and informational books. This book will be of interest to children’s literature scholars, as well as those interested in the figure of the wolf and how it has been informed over time. 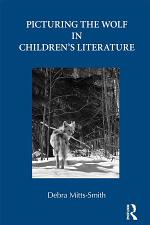 Picturing the Wolf in Children's Literature

Authors: Debra Mitts-Smith
Categories: Literary Criticism
From the villainous beast of “Little Red Riding Hood” and “The Three Little Pigs,” to the nurturing wolves of Romulus and Remus and Rudyard Kipling’s The Jungle Book, the wolf has long been a part of the landscape of children’s literature. Meanwhile, since the 1960s and the popularization of scientific 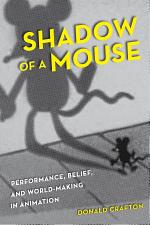 Shadow of a Mouse

Authors: Donald Crafton
Categories: Performing Arts
“Donald Crafton, our lively guide, shows us around a Tooniverse populated by performers, not just images, who engage us in all the ways their flesh-and-blood counterparts do, and then some. Taking classical animation as his terrain, Crafton nevertheless pushes ongoing discussions of performance, liveness, and corporeality in the directions in 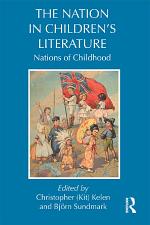 The Nation in Children's Literature

Authors: Kit Kelen, Bjorn Sundmark
Categories: Literary Criticism
This book explores the meaning of nation or nationalism in children’s literature and how it constructs and represents different national experiences. The contributors discuss diverse aspects of children’s literature and film from interdisciplinary and multicultural approaches, ranging from the short story and novel to science fiction and fantasy from a 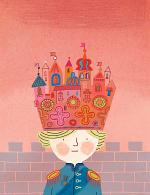 Authors: Christopher Kelen, Bjorn Sundmark
Categories: Literary Criticism
This book explores representations of child autonomy and self-governance in children’s literature.The idea of child rule and child realms is central to children’s literature, and childhood is frequently represented as a state of being, with children seen as aliens in need of passports to Adultland (and vice versa). In a 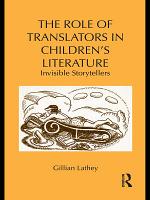 The Role of Translators in Children’s Literature

Authors: Gillian Lathey, Reader in Children's Literature Gillian Lathey
Categories: Literary Criticism
This book offers a historical analysis of key classical translated works for children, such as writings by Hans Christian Andersen and Grimms’ tales. Translations dominate the earliest history of texts written for children in English, and stories translated from other languages have continued to shape its course to the present