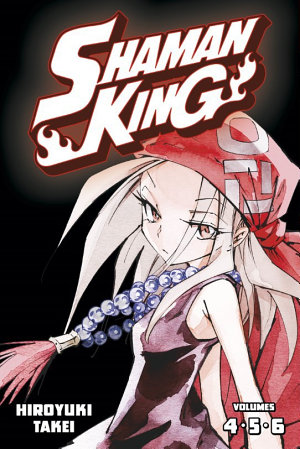 The action manga bestseller returns, in 600-page editions featuring a remastered translation and new cover art by creator Hiroyuki Takei! Dive into the classic Shonen Jump adventure whose world of mystical spirits and bewitching battles inspired the classic anime. This volume corresponds to Vol. 4-6 of the original release, featuring updated translation and lettering, back in print more than 20 years after its initial release! THE FIGHT BEGINS A shower of shooting stars signals the announcement of the long-awaited Shaman Fight: the tournament held once every 500 years to determine who will be crowned the next Shaman King. As the world’s shamans begin to gather in Tokyo, Yoh remains as carefree as ever…until he meets Silva—an officiant of the Shaman Fight, who challenges Yoh to prove himself worthy of earning the title of Shaman King! With his spirit ally Amidamaru, Yoh faces off against his first preliminary opponents: Horohoro, whose icy powers threaten to freeze them out, and Faust VIII, a morbid necromancer casting bone-chilling spells. With the stakes higher than ever, Anna, Yoh’s fiancée and coach, pushes his training beyond his limit. Does Yoh have what it takes to make it to the top, or will Anna’s training run him into the ground? 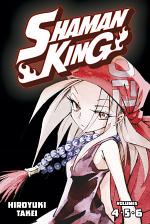 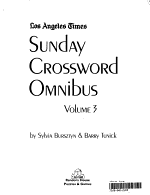 Authors: Sylvia Bursztyn, Barry Tunick
Categories: Games & Activities
This extra-value collection of 200 Los Angeles Times Sunday crosswords is a great bargain for anyone who loves fun-filled, pun-filled puzzles. The first omnibus collection from the LA Times was amazingly popular, and the second one is off to a strong start. Now the third one is ready to entertain 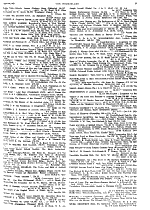