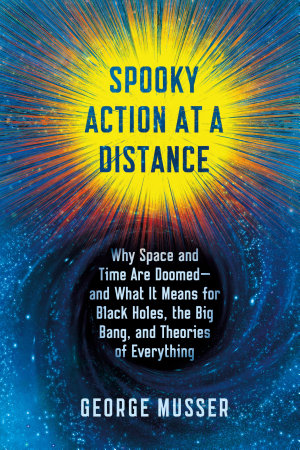 Long-listed for the 2016 PEN/E. O. Wilson Literary Science Writing Award “An important book that provides insight into key new developments in our understanding of the nature of space, time and the universe. It will repay careful study.” —John Gribbin, The Wall Street Journal “An endlessly surprising foray into the current mother of physics' many knotty mysteries, the solving of which may unveil the weirdness of quantum particles, black holes, and the essential unity of nature.” —Kirkus Reviews (starred review) What is space? It isn't a question that most of us normally ask. Space is the venue of physics; it's where things exist, where they move and take shape. Yet over the past few decades, physicists have discovered a phenomenon that operates outside the confines of space and time: nonlocality-the ability of two particles to act in harmony no matter how far apart they may be. It appears to be almost magical. Einstein grappled with this oddity and couldn't come to terms with it, describing it as "spooky action at a distance." More recently, the mystery has deepened as other forms of nonlocality have been uncovered. This strange occurrence, which has direct connections to black holes, particle collisions, and even the workings of gravity, holds the potential to undermine our most basic understandings of physical reality. If space isn't what we thought it was, then what is it? In Spooky Action at a Distance, George Musser sets out to answer that question, offering a provocative exploration of nonlocality and a celebration of the scientists who are trying to explain it. Musser guides us on an epic journey into the lives of experimental physicists observing particles acting in tandem, astronomers finding galaxies that look statistically identical, and cosmologists hoping to unravel the paradoxes surrounding the big bang. He traces the often contentious debates over nonlocality through major discoveries and disruptions of the twentieth century and shows how scientists faced with the same undisputed experimental evidence develop wildly different explanations for that evidence. Their conclusions challenge our understanding of not only space and time but also the origins of the universe-and they suggest a new grand unified theory of physics. Delightfully readable, Spooky Action at a Distance is a mind-bending voyage to the frontiers of modern physics that will change the way we think about reality. 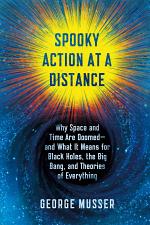 Spooky Action at a Distance

Authors: George Musser
Categories: Science
Long-listed for the 2016 PEN/E. O. Wilson Literary Science Writing Award “An important book that provides insight into key new developments in our understanding of the nature of space, time and the universe. It will repay careful study.” —John Gribbin, The Wall Street Journal “An endlessly surprising foray into the

Einstein's Spooky Action at a Distance

Authors: Noah
Categories: Science
Quantum mechanics theory says that since these 2 electrons were created at the same time, and from the same event, they are entangled forever, and most of their properties are forever linked wherever they are. Something strange is linking them across space and time. Something we cannot explain or even 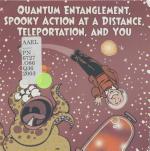 Quantum Entanglement, Spooky Action at a Distance, Teleportation, and You

Authors: Jim Ottaviani
Categories: Comic books, strips, etc
Albert Einstein and an alien discuss, via quantum physics, why you would have a very small chance of safely teleporting from one place to another. 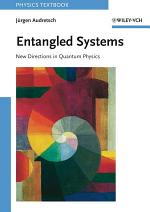 Authors: Jürgen Audretsch
Categories: Science
An introductory textbook for advanced students of physics, chemistry and computer science, covering an area of physics that has lately witnessed rapid expansion. The topics treated here include quantum information, quantum communication, quantum computing, teleportation and hidden parameters, thus imparting not only a well-founded understanding of quantum theory as such,

Authors: Paul F. Kisak
Categories: Science
Quantum entanglement is a physical phenomenon that occurs when pairs or groups of particles are generated or interact in ways such that the quantum state of each particle cannot be described independently - instead, a quantum state may be given for the system as a whole. Measurements of physical properties