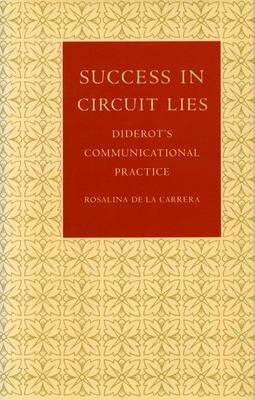 As contemporary thinkers continue to explore the intellectual affinities that bind the eighteenth and twentieth centuries, their attention has turned with increasing frequency to Diderot. Focusing on models of communication, this book draws on an interdisciplinary configuration – a conjunction of communication theory, philosophy of science, and literary theory – to analyze texts from Diderot's own interdisciplinary corpus. Of particular pertinence to the author's argument is Michel Serres's model of dialogue. Rejecting the traditional notion of dialogue as a binary exchange, Serres defines it instead as the product of the association of two interlocutors, who join forces against a third term – another interlocutor or background noise – that threatens to disrupt the exchange. Serres thus substitutes a ternary model of dialogue for the conventional binary one. Using Serres's model as a point of departure, the author not only identifies specific instances of Diderot's use of a ternary communicational model but, more important, also demonstrates how Diderot's writings themselves generate a ternary model of communication that is uniquely his. She does this by tracing the model through texts drawn from domains as diverse as fiction, history, and natural philosophy. The repeated recurrence of Diderot's ternary model in these different contexts brings into focus an unexpected unity in what at first looks like a disparate corpus. As the analysis proceeds, furthermore, it also becomes clear that Diderot's materialist philosophy dictates a rhetoric aiming at the sensitive body just as much as the reasoning mind. Though the astounding diversity of Diderot's writings – as encyclopedist, novelist, playwright, philosopher, scientific theorist, and art critic – has most often led critics to avoid the question of what coherences there might be within that diversity, in this book the author asks just that question - and goes far toward providing a convincing, satisfying, and stimulating answer. The book includes a new translation of the Préface-annexe of La Religieuse, the integral part of Diderot's novel missing from most readily available English-language editions. 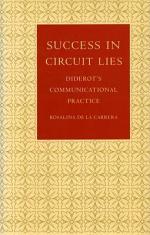 Authors: Rosalina de la Carrera
Categories: Literary Criticism
As contemporary thinkers continue to explore the intellectual affinities that bind the eighteenth and twentieth centuries, their attention has turned with increasing frequency to Diderot. Focusing on models of communication, this book draws on an interdisciplinary configuration – a conjunction of communication theory, philosophy of science, and literary theory – 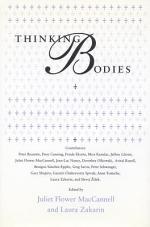 Authors: Juliet Flower MacCannell, Laura Zakarin
Categories: Philosophy
The diverse group of philosophers and literary critics who contribute to this volume address the question of how bodies think, how thought is embodied, from a variety of approaches including deconstruction, Lacanian psychoanalysis, feminist theory, postmodernism, cultural and media studies, literary criticism, and the revisionist study of oppressed peoples. 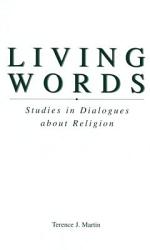 Authors: Terence J. Martin
Categories: Religion
In particular, Martin commends the habit of critical thinking, an appreciation for irony, and an irenic approach to opposition as helpful stances for improving people's efforts to talk about religion. In addressing rhetorical and hermeneutical issues commonly found in philosophical theology and the philosophy of religion, this work's approach through 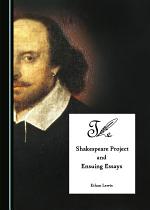 The Shakespeare Project and Ensuing Essays

Authors: Ethan Lewis
Categories: Drama
For twenty-plus years on a small Midwestern campus, Dr Lewis has directed The Shakespeare Project, a seminar scrutinizing four-six plays per semester with a cadre of accompanying sonnets. Master a method of reading the Bard through focus on a small set vis-à-vis scattershot survey, his syllabi promise, and one not 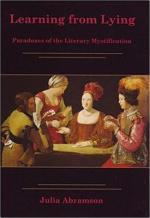 Authors: Julia Luisa Abramson
Categories: Antiques & Collectibles
Writers who mystify operate through paradox: their lies point toward truth, and their obfuscations reveal trickery. This conundrum is the foundation for Learning from Lying, which defines mystification as a literary form that seeks to enlighten by means of deception. Learning from Lying narrates a new literary history as seen