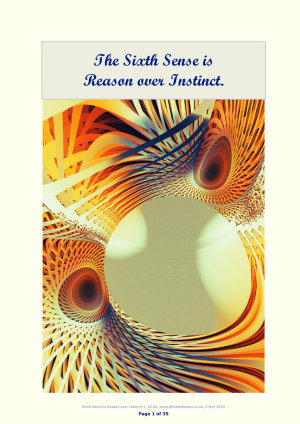 The Sixth Sense is Mental Fire perceiving and registering the other five. There can be no perception without a unitary percipient whose identity enables it to grasp an object as an entirety, says Plotinus. Reason is purely human; instinct, an endowment of deity. Divine or Spiritual Soul (????) without Anima Mundi is rational and noetic (?????); Animal or Astral Soul (????) within Anima Mundi, irrational and phrenic (??????). Reason is the outcome of a slow development of the human brain (????????); instinct, the spiritual unity of the five senses endowed by Deity (??????????). Reason is purely human; instinct, an endowment of Deity. But reason can only develop at the expense of natural instinct. The Sixth Sense will be fully developed in the average man of the Sixth Race by Buddhi, when galvanised by the essence of the awakened Manas. Water, one of four primordial Elements, was transmitted to us by the Fourth Race, as we shall transmit Ether, the Fifth Element, to the Sixth. Then our Sixth Sense shall be awakened. The Sixth Sense or “normal clairvoyance” will correspond to the next Element of Matter or “permeability,” i.e., spiritual sight. Then, those who have been seeking a “fourth dimension” to explain the passage of matter through matter shall find what they sought, a sixth characteristic of matter. Abstractions such as the “fourth dimension,” being outside mental perception and experience, are errors of realism if not unfortunate verbalisms. When the Fifth Principle has merged with the Sixth, man will acquire and enjoy Jnanashakti, the power and privileges of enlightened mind. Man is the child of Cyclic Destiny. Cycles of Materiality will be succeeded by Cycles of Spirituality, and fully developed faculties will open up the Sixth Sense. The majority of future men will be glorious Adepts. Having acquired physical development at the expense of spirituality from the Second Race to the end of the Fourth, Fifth Race humanity has now crossed the meridian of perfect adjustment between Spirit and Matter, or equilibrium between spiritual perception and brain intellect. But as the Sixth Sense has hardly sprouted above the soil of materiality, few can at present enjoy the legitimate outgrowth and endowments of the higher life. When the Third Eye or Dangma Eye of the Stanzas of Dzyan opens again, the minds of those who will live at that time shall be awakened and become as pellucid as crystal. Finally, when the Sixth Sense has awakened the Seventh, Chr?stos shall be regenerated as Christos and will illumine the souls of all men. “And they will listen to my voice; and they shall become one flock under one Shepherd.” 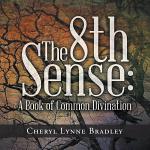 Authors: Cheryl Lynne Bradley
Categories: Body, Mind & Spirit
This book is a group of selected essays on divinatory subjects ranging from the ordinary to the extraordinary. For fun, entertainment and even just to refresh your perspective on life, this is a varied and interesting take on how to see miracles in ordinary things. 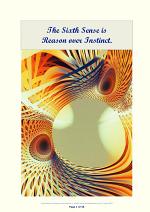 The Sixth Sense is Reason over Instinct

Authors: Helena Petrovna Blavatsky
Categories: Religion
The Sixth Sense is Mental Fire perceiving and registering the other five. There can be no perception without a unitary percipient whose identity enables it to grasp an object as an entirety, says Plotinus. Reason is purely human; instinct, an endowment of deity. Divine or Spiritual Soul (????) without Anima 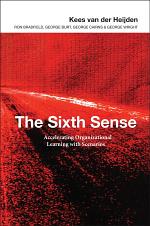 Authors: Kees van der Heijden, Ron Bradfield, George Burt, George Cairns, George Wright
Categories: Business & Economics
This book helps managers move beyond the idea that the future of business will resemble the past and allows them to use scenarios to imagine multiple perspectives. The concepts of organizational realities, experience, and beliefs are explored to encourage and embrace change in business organizations for a successful future. 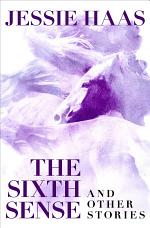 Authors: Jessie Haas
Categories: Young Adult Fiction
From award-winning author Jessie Haas, nine interconnected tales about kids and their love of animals In “The Wake,” fifteen-year-old Kris tries to comfort her great-aunt Mil, who is grief stricken over the death of Puttins, her old cat and longtime companion. With her grave, golden-brown eyes and long, graceful paws,

Authors: Clara Reade
Categories: Juvenile Nonfiction
Intuition is our “gut feeling” that warns us of potential danger and informs our understanding of right and wrong. This book defines this sense of intuition for young readers using examples. Spreads explain how the five senses inform our intuition and the importance of tuning in to your intuitive feelings.