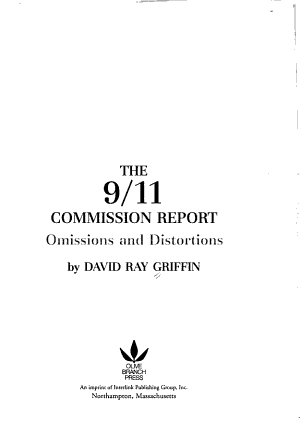 "With this new book, David Ray Griffin establishes himself, alongside Seymour Hersh, as America's number one bearer of unpleasant, yet necessary, public truths." Richard Falk, professor emeritus, Princeton UniversityWith US political leaders Democrat and Republican alike rushing to embrace the recommendations of the 9/11 Commission, and an eager media receiving the Commission's 567-page report as the whole story, the history we can stand upon forevermore, everyone who cares about the fate of American democracy will want to know something about what those pages actually say. The Commission's account, by popular reckoning, has made an impression with its heft, its footnotes, its portrayal of the confusion of that sobering day, its detail, its narrative finesse. Yet under the magnifying glass of David Ray Griffin, eminent theologian and author of The New Pearl Harbor (a book that explores questions that reporters, eyewitnesses, and political observers have raised about the 9/11 attacks), the report appears much shabbier. In fact, there are holes in the places where detail ought to be thickest: Is it possible that Secretary of Defense Rumsfeld has given three different stories of what he was doing the morning of September 11, and that the Commission combines two of them and ignores eyewitness reports to the contrary? Is it possible that the man in charge of the military that day, Acting Head of the Joint Chiefs of Staff Myers, saw the first tower hit on TV, and then went into a meeting, where he remained unaware of what was happening for the next 40 minutes? Is it possible, as the Commission reports, that the FAA did not inform military that the fourth airplane appeared to have been hijacked--contrary to both common sense and the word of FAA employees? Is it possible that the Report, upon which are based recommendations for overhauling the nation's intelligence, fails to mention even in a footnote the most serious allegations made public by Coleen Rowley, FBI whistleblower and Time person of the year? David Ray Griffin's critique of the Kean-Zelikow report makes clear that our nation's highest leaders have told tales that wear extremely thin when held up to the light of other eyewitness reports, research, and the dictates of common sense--and that the Commission charged with the task of investigating all of the facts surrounding 9/11 has succeeded in obscuring, rather than unearthing, the truth. 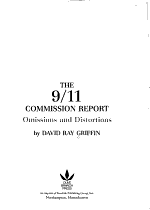 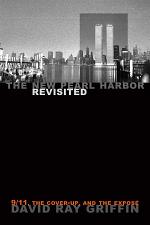 Authors: David Ray Griffin
Categories: Political Science
This second edition contains a 30-page Afterword with additional material on the alleged hijackers, controlled demolition of the WTC, Sibel Edmonds, and the 9/11 Commission, plus a discussion of whether Standard Operating Procedures had been changed in June 2001. From a skeptical vantage-point, but also taking to heart the classic

Authors: David Ray Griffin, Elizabeth Woodworth
Categories: History
A panel of experts highlight the problems with all major claims of the official account of the 9/11 attacks.Many Americans have been embarrassed by the Trump presidency. But Americans should also be embarrassed by the fact that this country's foreign policy since 2001, which has resulted in millions of deaths, 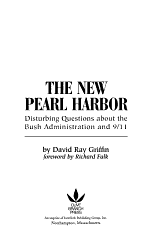 Authors: David Ray Griffin
Categories: History
Disturbing questions about the Bush administrtion and 9/11. David Ray Griffin gathers stories from the mainstream press, reports from other countries, the work of researchers, and the contradictory words of members of the Bush administration themselves to present a case that there was official complicity in the attacks of 9/11. 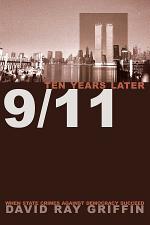 Authors: David Ray Griffin
Categories: History
On the tenth anniversary of the Septemer 11, 2001 terrorist attacks, David Ray Griffin reviews the troubling questions that remain unanswered 9/11 Ten Years Later is David Ray Griffin's tenth book about the tragic events of September 11, 2001. Asking in the first chapter whether 9/11 justified the war in