Written by the renowned British historian who has been described as both utterly thorough and humanely delicate, Jeremy Black offers a guided tour through the mind of Agatha Christie and life during the Great World Wars. His incomparable treatment of literary craft developing alongside global military engagement nearly overshadows the natural draw of the crime drama that is the subject of his book. Indeed, the "prurience and sensationalism" of crime is not as exciting as Black's aptitude for drawing the reality from the fiction (and periphery sources), giving Christie a much louder voice than she might ever have dreamed. If Christie is also moralist and mirror to her times, Black here plays his part as the detective and reveals layers of previously unmined truths in her stories. Hercule Poirot as a character is masterfully imagined, but Black shows us how he is inseparable from Christie's turbulent and changing world. He also illuminates significant social commentary in Christie's fiction, and in so doing Black often uses his authority to vindicate Christie's work from hastily, at times stupidly, applied labels and interpretations. He is especially magnificent in his chapters, "Xenophobia" and "The Sixties." Black nevertheless gives due recognition to Christie's critics when they have something relevant and reasonable to say, and hence the reader finds yet another service in Black's comprehensive review of the reviewers over the expanse of Christie's writing career. For all this, Black proves himself to be a worthy history-teller because he can aptly 'detect' the meaning of stories that seeks to answer the past and guide the present. His erudition runs much deeper than his ability to navigate the stores of resources available on the subject, and the reader gets a glimpse of this early on when in the introduction he proffers his own defense for writing about the importance of a Hercule Poirot. Black writes, "the notion of crime had a moral component from the outset, and notably so in terms of the struggle between Good and Evil, and in the detection of the latter. Indeed, it is this detection that is the basis of the most powerful strand of detection story, because Evil disguises its purposes. It has to do so in a world and humanity made fundamentally benign and moral by God." The Golden Age of detective novels represents much more than a triumph of a literary genre. It is in its own right a story of how the challenge to address the problem of evil was accepted. Its convergence with the plot-rich narrative of the twentieth century in the modern age renders Black's account a thrilling masterpiece, seducing historians to read fiction and crime junkies to read more history.

The Importance of Being Poirot

Authors: Jeremy Black
Categories:
Written by the renowned British historian who has been described as both utterly thorough and humanely delicate, Jeremy Black offers a guided tour through the mind of Agatha Christie and life during the Great World Wars. His incomparable treatment of literary craft developing alongside global military engagement nearly overshadows the 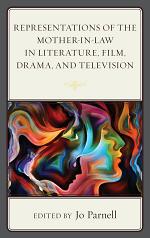 Representations of the Mother-in-Law in Literature, Film, Drama, and Television 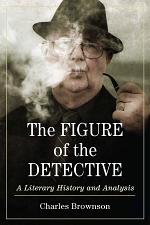 The Figure of the Detective

Authors: Charles Brownson
Categories: Literary Criticism
This book begins with a history of the detective genre, coextensive with the novel itself, identifying the attitudes and institutions needed for the genre to emerge in its mature form around 1880. The theory of the genre is laid out along with its central theme of the getting and deployment 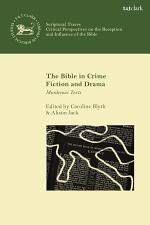 The Bible in Crime Fiction and Drama

Authors: Caroline Blyth, Alison Jack
Categories: Religion
The Bible has always enjoyed notoriety within the genres of crime fiction and drama; numerous authors have explicitly drawn on biblical traditions as thematic foci to explore social anxieties about violence, religion, and the search for justice and truth. The Bible in Crime Fiction and Drama brings together a multi-disciplinary 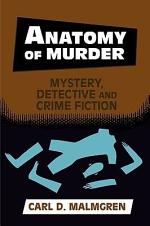 Authors: Carl Darryl Malmgren
Categories: Fiction
Mystery fiction takes place in a centered world, one whose most distinctive characteristic is motivation (of behavior and signs). Built on a faith in foundations, it insists upon the solidity of social life, the validity of social conventions, and the sanctity of signs. Mystery assures us that motives exist for