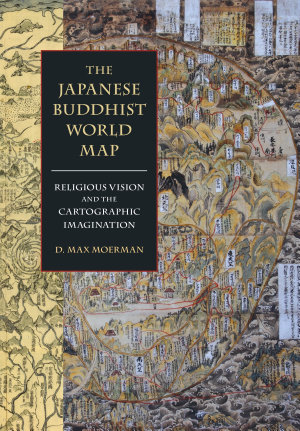 From the fourteenth through the nineteenth centuries Japanese monks created hundreds of maps to construct and locate their place in a Buddhist world. This expansively illustrated volume is the first to explore the largely unknown archive of Japanese Buddhist world maps and analyze their production, reproduction, and reception. In examining these fascinating sources of visual and material culture, author D. Max Moerman argues for an alternative history of Japanese Buddhism—one that compels us to recognize the role of the Buddhist geographic imaginary in a culture that encompassed multiple cartographic and cosmological world views. The contents and contexts of Japanese Buddhist world maps reveal the ambivalent and shifting position of Japan in the Buddhist world, its encounter and negotiation with foreign ideas and technologies, and the possibilities for a global history of Buddhism and science. Moerman’s visual and intellectual history traces the multiple trajectories of Japanese Buddhist world maps, beginning with the earliest extant Japanese map of the world: a painting by a fourteenth-century Japanese monk charting the cosmology and geography of India and Central Asia based on an account written by a seventh-century Chinese pilgrim-monk. He goes on to discuss the cartographic inclusion and marginal position of Japan, the culture of the copy and the power of replication in Japanese Buddhism, and the transcultural processes of engagement and response to new visions of the world produced by Iberian Christians, Chinese Buddhists, and the Japanese maritime trade. Later chapters explore the transformations in the media and messages of Buddhist cartography in the age of print culture and in intellectual debates during the eighteenth and nineteenth centuries over cosmology and epistemology and the polemics of Buddhist science. The Japanese Buddhist World Map offers a wholly innovative picture of Japanese Buddhism that acknowledges the possibility of multiple and heterogeneous modernities and alternative visions of Japan and the world. 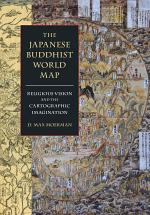 Authors: D. Max Moerman
Categories: Religion
From the fourteenth through the nineteenth centuries Japanese monks created hundreds of maps to construct and locate their place in a Buddhist world. This expansively illustrated volume is the first to explore the largely unknown archive of Japanese Buddhist world maps and analyze their production, reproduction, and reception. In examining 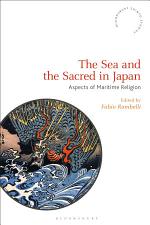 The Sea and the Sacred in Japan

Authors: Fabio Rambelli
Categories: Religion
The Sea and the Sacred in Japan is the first book to focus on the role of the sea in Japanese religions. While many leading Shinto deities tend to be understood today as unrelated to the sea, and mountains are considered the privileged sites of sacredness, this book provides new 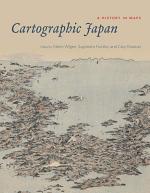 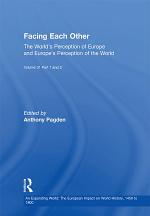 Facing Each Other (2 Volumes)

Authors: Anthony Pagden
Categories: History
The perception of Europeans of the world and of the peoples beyond Europe has become in recent years the subject of intense scholarly interest and heated debate both in and outside the academy. So, too, has the concern with how it was that those peoples who were variously ’discovered’, and 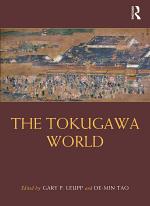 Authors: Gary P. Leupp, De-min Tao
Categories: History
With over 60 contributions, The Tokugawa World presents the latest scholarship on early modern Japan from an international team of specialists in a volume that is unmatched in its breadth and scope. In its early modern period, under the Tokugawa shoguns, Japan was a world apart. For over two centuries