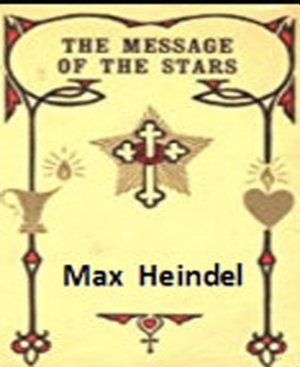 It is a matter of common knowledge among mystics that the evolutionary career of mankind is indissolubly bound up with the divine hierarchies who rule the planets and the signs of the Zodiac, and that the passage of the Sun and the planets through the twelve signs of the Zodiac marks man's progress in time and in space. Therefore, it is not to be wondered at, that in the course of their investigations into the spiritual development of mankind, the writers have also encountered much that deals with the Zodiac, which is the boundary of our evolutionary sphere at the present time. So much has been perceived in the memory of nature that sheds light upon obscure passages of the Bible, that notes have been made from time to time of different points, but how to collect and collate these dissociated writings into a united whole has been a great problem for a long time. Even now, the writers know and feel that what they are bringing forth is only a very, very weak attempt to set before the students that great body of facts which have come to them through the memory of nature. They feel, however, that this will give a 3 4 THE MESSAGE OF THE STARS new and more profound meaning to the old symbols, and that by passing on what has been found they put themselves in line to receive more light. Concerning the future evolution of planets, The Rosicrucian Cosmo-Conception teaches, on page 256, that "when the beings upon the planet have evolved to a sufficient degree, the planet becomes a Sun, the fixed center of the Solar System. When the beings there have evolved to a still greater degree, and consequently it has reached its maximum of brilliancy, it breaks up into a Zodiac and becomes, so to speak, the womb of a new Solar System. Thus the Great hosts of Divine beings who, until then, were confined upon that Sun gain freedom of action upon a great number of stars whence they can affect, in different ways, the system which grows up within their sphere of influence. The planets or man-bearing worlds within the Zodiac are constantly being worked upon by these forces but in various ways according to the stage they have reached in evolution. Our Sun could not have become a sun until it set out from itself all the beings who were not sufficiently evolved to endure the high rate of vibration and the great luminosity of the beings who were qualified for that evolution. All the beings upon the different planets would have been consumed had they remained in the Sun. This visible Sun, however, though it is a place of evolution for beings vastly above man, is not by any means the Father of the other planets, as EVOLUTION AS SHOWN IN THE ZODIAC 5 material science supposes. On the contrary, it is itself an emanation from the central Sun, which is the invisible source of all that IS in our solar system." 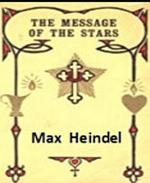 The Message Of Stars 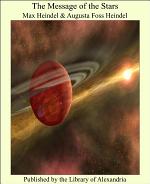 The Message of the Stars 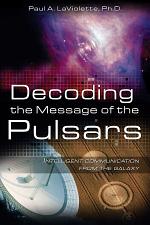 Decoding the Message of the Pulsars

Authors: Paul A. LaViolette
Categories: Science
A new interpretation of nearly 40 years of interstellar signals and the prophetic message they contain • Contains extensive analysis of pulsar data, revealing new ideas about the origins and functions of pulsars • Provides proof of an extraterrestrial communication network • Includes information about the formation of crop circles 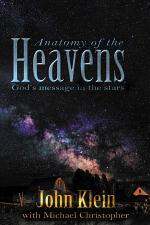 Anatomy of the Heavens: God's Message in the Stars

Authors: John Klein
Categories: Religion
Constellations: No one disputes their celestial glory -dazzling, dramatic, and perhaps somehow meaningful. But how? What is it about the 12 major constellations in our night sky that has captivated almost everyone throughout history from ancient stargazers searching the skies with naked eyes to modern astronomers scanning the stars through 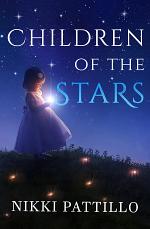 Children of the Stars

Authors: Nikki Pattillo
Categories: Body, Mind & Spirit
Star children are children who have been sent here from all areas of the universe to help the earth and the people on it. They possess psychic, spiritual, and other extra sensory abilities. These children will bring peace, topple corrupt systems, and shift dimensional consciousness in the years to come.