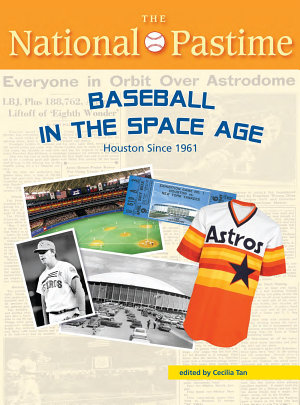 This issue of The National Pastime is dedicated to baseball in Houston since 1961. Each annual issue of TNP has centers on the geographic area of SABR’s national convention summer site. In 2014 the convention took place in Houston, Texas. The local chapter (named for former Houston Astro Larry Dierker) produced a coffee-table book cover HOUSTON BASEBALL up to 1961, so this issue of The National Pastime focuses on the space age and the arrival of Major League Baseball in the region. So here we have a special issue centered almost entirely on the Houston Astros (né Colt .45s) and their two influential and iconic homes, short-lived Colt Stadium and the Astrodome. The Houston MLB franchise has amassed more than its share of history in the five-plus decades since their launch. A well-worn adage is “everything is bigger in Texas,” and that certainly applies to the role of the Astrodome in pop culture, and to the outsize personality of team owner Roy Hofheinz, who was one part P.T. Barnum, two parts George Steinbrenner, and all Texan. If you weren’t able to attend the convention in Houston, please enjoy reading this issue of The National Pastime as your virtual trip to “Space City” in the Lone Star State will employ seventeen SABR members as your tour guides: Contents Introduction by Cecilia Tan Houston’s Role in the Initiation of Sunday Night Baseball by Bill McCurdy Movies, Bullfights, and Baseball, Too: A Sports Stadium Built for Spectacle First and Sports Second by Eric Robinson Wooing Women Fans:The Houston Astros by Will Flaherty The Colt .45s and the 1961 Expansion Draft by Stephen D. Boren and Eric Thompson Dick “Turk” Farrell: Houston’s First All-Star by Ron Briley The 1963 Pepsi Cola Colt .45s Baseball Card Set by Charles Harrison Astros 1, Mets 0: Almost Three Games in One by John McMurray The 1968 All-Star Game by Brendan Bingham The Saga of J.R. Richard’s Debut: Blowing Away 15 Sticks at Candlestick by Dan VanDeMortel From the Gashouse to the Glasshouse: Leo Durocher and the 1972–73 Houston Astros by Jimmy Keenan There Used to Be a Big Dome by Francis Kinlaw Houston’s Fallen Star: Don Wilson by Matthew M. Clifford Rainout in the Astrodome by Rick Schabowski Catching Rainbows and Calling Stars: Alan Ashby and the Houston Astros by Maxwell Kates The Greatest Game Ever Played? October 15, 1986 by Ron Briley The Houston Astros Hall of Stats by Adam Darowski Astrodome Proves to Be No Hitters Park by Paul Geisler Dome Attendance Below League Average by Paul Geisler 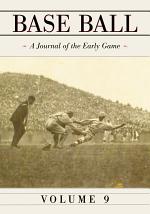 Base Ball: A Journal of the Early Game, Vol. 9

Authors: John Thorn
Categories: Sports & Recreation
BACK ISSUE Base Ball is a peer-reviewed book series published annually. Offering the best in original research and analysis, it promotes study of baseball's early history, from its protoball roots to 1920, and its rise to prominence within American popular culture. Prior to Volume 10, Base Ball was published as 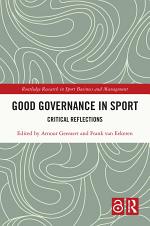 Authors: Arnout Geeraert, Frank van Eekeren
Categories: Sports & Recreation
This book fills an important gap in the sport governance literature by engaging in critical reflection on the concept of ‘good governance’. It examines the theoretical perspectives that lead to different conceptualisations of governance and, therefore, to different standards for institutional quality. It explores the different practical strategies that have 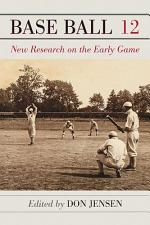 Authors: Don Jensen
Categories: Sports & Recreation
Base Ball is a peer-reviewed book series published annually. Offering the best in original research and analysis, it promotes study of baseball's early history, from its protoball roots to 1920, and its rise to prominence within American popular culture. This volume, number 12, includes thirteen articles on topics ranging from 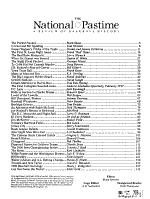 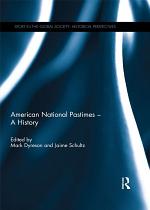 Authors: Mark Dyreson, Jaime Schultz
Categories: Sports & Recreation
When the colonies that became the USA were still dominions of the British Empire they began to imagine their sporting pastimes as finer recreations than even those enjoyed in the motherland. From the war of independence and the creation of the republic to the twenty-first century, sporting pastimes have served