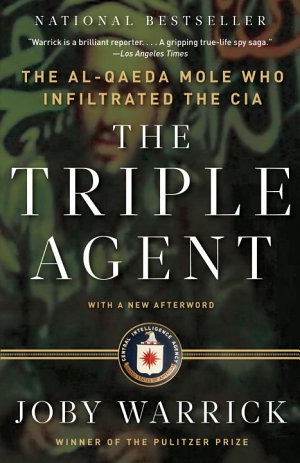 A stunning narrative account of the mysterious Jordanian who penetrated both the inner circle of al-Qaeda and the highest reaches of the CIA, with a devastating impact on the war on terror. In December 2009, a group of the CIA’s top terrorist hunters gathered at a secret base in Khost, Afghanistan, to greet a rising superspy: Humam Khalil al-Balawi, a Jordanian double-agent who infiltrated the upper ranks of al-Qaeda. For months, he had sent shocking revelations from inside the terrorist network and now promised to help the CIA assassinate Osama bin Laden’s top deputy. Instead, as he stepped from his car, he detonated a thirty-pound bomb strapped to his chest, instantly killing seven CIA operatives, the agency’s worst loss of life in decades. In The Triple Agent, Pulitzer Prize–winning reporter Joby Warrick takes us deep inside the CIA’s secret war against al-Qaeda, a war that pits robotic planes and laser-guided missiles against a cunning enemy intent on unleashing carnage in American cities. Flitting precariously between the two sides was Balawi, a young man with extraordinary gifts who managed to win the confidence of hardened terrorists as well as veteran spymasters. With his breathtaking accounts from inside al-Qaeda’s lair, Balawi appeared poised to become America’s greatest double-agent in half a century—but he was not at all what he seemed. Combining the powerful momentum of Black Hawk Down with the institutional insight of Jane Mayer’s The Dark Side, Warrick takes the readers on a harrowing journey from the slums of Amman to the inner chambers of the White House in an untold true story of miscalculation, deception, and revenge. 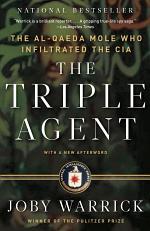 Authors: Joby Warrick
Categories: Political Science
A stunning narrative account of the mysterious Jordanian who penetrated both the inner circle of al-Qaeda and the highest reaches of the CIA, with a devastating impact on the war on terror. In December 2009, a group of the CIA’s top terrorist hunters gathered at a secret base in Khost, 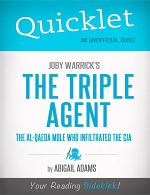 Quicklet on Joby Warrick's The Triple Agent: The al-Qaeda Mole Who Infiltrated the CIA

Authors: Abigail Adams
Categories: Study Aids
ABOUT THE BOOK “You’ll treat me like a friend, right?”—Humam al-Balawi on the phone to his handler Ali bin Zeid before arriving at Camp Chapman December 30, 2009 was one of the deadliest days in the history of the Central Intelligence Agency (CIA). Seven CIA agents and a Jordanian Intelligence 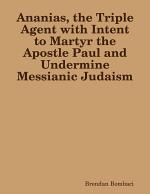 Ananias, the Triple Agent with Intent to Martyr the Apostle Paul and Undermine Messianic Judaism

Authors: Brendan Bombaci
Categories: Religion
“Paul the Apostle,” whose name before Christian conversion was Saul of Tarsus, has been considered one of the most important figures of the Apostolic Age. He was a high council Pharisee Jew who fatally persecuted Christians before a day that he himself had a vision of Jesus that made him 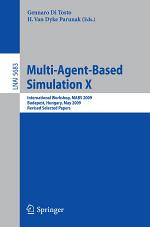 Authors: Gennaro Di Tosto, H. Van Dyke Parunak
Categories: Computers
This volume contains a selection of the papers presented at the 10th International Workshop on Multi-Agent-Based Simulation (MABS 2009), a workshop co-located with the 8th International Conference on Autonomous Agents and Multiagent Systems (AAMAS 2009), which was held on May 10-15, 2009 in Budapest, Hungary. 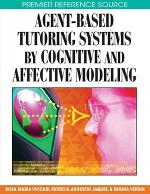 Authors: Viccari, Rosa Maria, Jaques, Patricia Augustin, Verdin, Regina
Categories: Education
"This book presents a modern view of intelligent tutoring, focusing mainly on the conception of these systems according to a multi-agent approach and on the affective and cognitive modeling of the student in this kind of educational environment"--Provided by publisher.