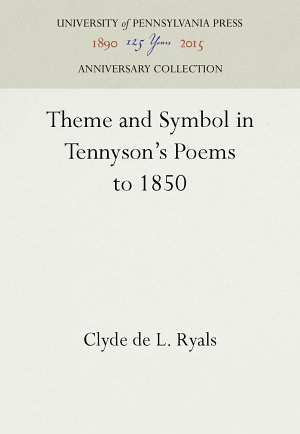 One of Keats' finest sonnets begins: "Much have I traveled," yet Keats traveled very little, only to Italy where he died. Shelley, also an introspective and intellectual, dabbled in politics, often with a comic effect and although he could not swim, he was devoted to sailing. Wordsworth marched to France, praising the Revolution, which he later regretted. Coleridge wandered to Germany and German metaphysics. Later he created the Ancient Mariner which is the mythic centerpiece of the Romantic period. Each of these poets feels that the occupation of a poet demand a dedication to a life of action as well as inward discovery. Consequently, the image of "the journey," with its double reference to natural and psychic realities, is one of the unifying motifs of nineteenth-century poetry. Alfred Tennyson, the author claims, was one of the last poets able to make both voyages, but he could only do so with great effort and at great expense. By nature introspective , he found the life of the mind far more appealing than the life of action; yet he knew, like Milton and Keats before him, that great poetry demands the voyage without as well as the voyage within. His early poetry, then, is concerned with the pull of the two voyages, and thus it becomes, in Arnold's worlds, the dialogue of the mind with itself. There is for modern readers something intensely interesting about such a divided personality, for we see in Tennyson almost the same dilemma that faces contemporary artists. Often when we read his poems we feel that Tennyson is of our age. But then at times he seems as remote from us as Bishop Wilberforce and his anti-Darwin fulminations. What, then, is there about Tennyson that makes him appear so modern and yet so dated? The answer is not easily given, although this has been one of the primary concerns of Tennyson's critics. In this book, the author shows how Tennyson became the mental voyager exploring both the inner and outer worlds, and further, how in making the two voyages he followed the pattern of development of other Romantic artists of the nineteenth century. He examines certain themes and images in Tennyson's early verse which in their frequent recurrence attain symbolic status, and by doing so, he shows that there is a very clear-cut pattern in Tennyson's poetry, one which is repeated time and again throughout the poet's work to 1850. 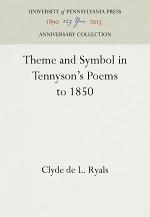 Theme and Symbol in Tennyson's Poems to 1850

Authors: Clyde de L. Ryals
Categories: Literary Criticism
One of Keats' finest sonnets begins: "Much have I traveled," yet Keats traveled very little, only to Italy where he died. Shelley, also an introspective and intellectual, dabbled in politics, often with a comic effect and although he could not swim, he was devoted to sailing. Wordsworth marched to France, 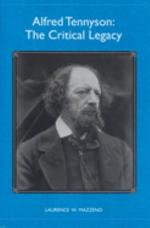 Authors: Laurence W. Mazzeno
Categories: Literary Collections
Explores the critics' reaction to the pre-eminent Victorian poet from his lifetime to the present. 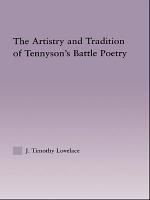 The Artistry and Tradition of Tennyson's Battle Poetry

Authors: Timothy J. Lovelace
Categories: Literary Criticism
Argues that Tennyson's war poems reflect image patterns of the Iliad and the Aeneid, and reinvigorate the heroic ethos that informs these and other ancient texts. 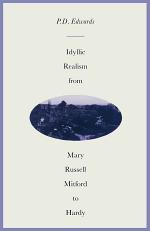 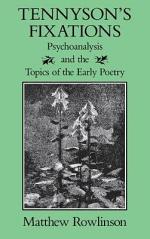 Authors: Matthew Charles Rowlinson, Professor Matthew Rowlinson
Categories: Literary Criticism
Conflating deconstructive theory with psychoanalysis, Rowlinson (English, Dartmouth College) proposes an analytic formalism as the appropriate model for reading Tennyson, and demonstrates the utility of the approach with close readings of fragments and poems written from 1824 to 1833, focusing on the nature of place the structuring of desire. Annotation