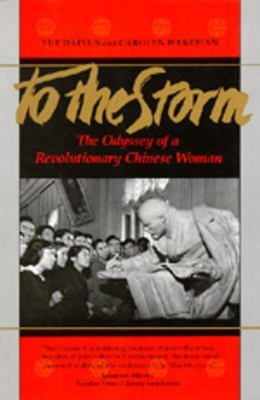 To the Storm by Yue Daiyun and Carolyn Wakeman is the fascinating story of Yue Daiyun, a faculty member at Beijing University. Yue Daiyun was a revolutionary from her early school days. She had been a child during the anti-Japanese war and hated the Guomundang. Accepted as a student at Beida in 1948, she joined the Communist Party's underground Democratic youth League and became a Party member the following year and helped with the Liberation of Beijing. While a student at Beida, she served as a delegate at the Prague 2nd World Student Congress in 1950 and worked in the countryside on land reform in 1951-52. Then she graduated from Beida and became a faculty member in the literature department. She married her husband, Lao Tang, the day after their graduation. He obtained a faculty position in the philosophy department. Both were loyal to Chairman Mao and the goals of the Revolution. Their lives went smoothly for several years until 1958. Yue Daiyun taught Chinese literature and took part in many activities on campus. She read many Western books and supported the formation of a new literary magazine on campus. This eventually brought her into conflict with the authorities and the beginning of two decades of problems and persecution for her and her family. The Party had encouraged openness and criticism of its mistakes and deficiencies in the system. Yue Daiyun had taken part in the discussions, believing that she was helping to build a better China. Summoned to a meeting at her department one day, she was denounced as a rightist. She did not understand what she did wrong, but she was quickly relieved of her teaching duties and sent to the countryside to work and live with the peasants for two years. This was the first of her suspensions from teaching. Both Yue Daiyun and her husband, Lao Tang, were caught up in the persecution and violence of the Cultural Revolution. They had spent two years at a cadre school in Liyouhoz and when they returned to Beijing, Lao Tang was selected to work on a special task force called Liang Xaio. This brought Lao Tang and the group into close association with Jiang Qing and the Gang of Four. When the Gang of Four was arrested, Lao Tang suffered through a year long investigation before being cleared. Throughout this time their family suffered from the persecution of others. In the end, the authorities admitted that they were wrong in their case against her and reinstated her Party membership. In this interesting autobiography, Yue Daiyun tells her story of the life she and her family lived during these somewhat violent and terror-filled years in China. 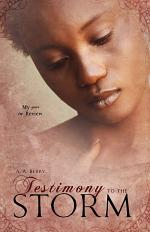 Testimony to the Storm

Authors: A. A. Berry
Categories: Body, Mind & Spirit
This book is about one person learning to deal with fear. Fear of the unknown. Fear of death. This story takes you on the road following a person on her journey through the fear surrounding a cancer diagnosis. This book documents one person's storm. This book is one person's testimony. 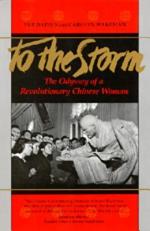 Authors: Daiyun Yue, Carolyn Wakeman
Categories: History
To the Storm by Yue Daiyun and Carolyn Wakeman is the fascinating story of Yue Daiyun, a faculty member at Beijing University. Yue Daiyun was a revolutionary from her early school days. She had been a child during the anti-Japanese war and hated the Guomundang. Accepted as a student at 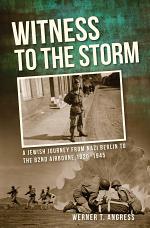 Witness to the Storm

Authors: Werner T. Angress
Categories: Biography & Autobiography
“An extraordinary memoir” of fleeing the Nazis—and then returning to fight them (Konrad H. Jarausch, author of Broken Lives: How Ordinary Germans Experienced the Twentieth Century). On June 6, 1944, Werner T. Angress parachuted down from a C-47 into German-occupied France with the 82nd Airborne Division. Nine days later, he 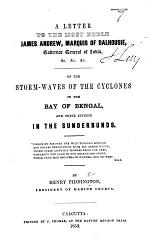 A Letter to the ... Marquis of Dalhousie ... on the storm-waves of the Cyclones in the Bay of Bengal, and their effects in the Sunderbunds

Authors: Henry PIDDINGTON
Categories: Biography & Autobiography
Books about A Letter to the ... Marquis of Dalhousie ... on the storm-waves of the Cyclones in the Bay of Bengal, and their effects in the Sunderbunds 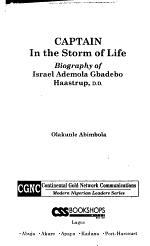 Captain in the Storm of Life

Authors: Olakunle Abimbola
Categories: Businessmen
Books about Captain in the Storm of Life