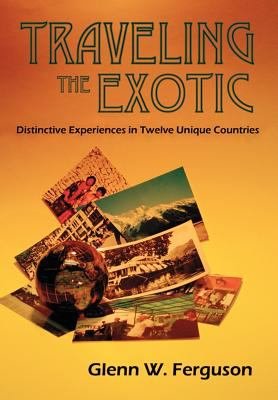 Culture, politics, education, religion, flora, fauna, and vivid descriptions of many exotic landscapes are explored with a large dash of humor as the author takes us along for a fascinating tour of twelve countries that have been a vital part of his life and career. Starting in India in 1984 with the assassination of Indira Gandhi, the author ignores the usual "tour" theme and concentrates on people and events that provide substantive meaning and a place in history. In the Sudan, the Sharia legal system comes alive in a Moslem country. We have a front row seat as the author describes fundamental changes in Kenya where he served as American Ambassador. In Niger, he joined his wife, Patti, where she was assigned as an arts and crafts consultant at the National Museum. As a consultant to the Executive Service Corps, Mr. Ferguson prepared a definitive plan to launch a new university in Uruguay. In China, as a member of the first accredited bird-watching excursion, he watched the throbbing culture of the rural areas. He enjoyed the flora and fauna in the rain forests of Costa Rico, the mountains and coasts of the South Island in New Zealand, and the rare Orangutans in the independent country of Sabah in northern Borneo. In a short visit to Hungary, as the former President of Radio Free Europe--Radio Liberty, he experienced the impact of lifting the Iron Curtain. After a gap of forty years, he author absorbs the remarkable changes in Bangkok, Thailand where he directed the exciting Peace Corps program. In the exciting last chapter, he brings to life the snow capped Himalaya Mountains and the beautiful valleys of culturally exciting Bhutan. Come along. You'll enjoy the trip and acquire an enhanced understanding of the complex world in which we live and enjoy a few laughs along the way. GLENN FERGUSON served as President of four universities (Long Island, Clark, Connecticut, and the American University of Paris); Radio Free Europe/Radio Liberty in Munich; Lincoln Center for the Performing Arts, and President and founder of Equity for Africa. He was an Associate Director of the Peace Corps in Washington, and the first Director in Thailand. He was also the first Director of Volunteers in Service to America (VISTA); American Ambassador to Kenya (Arthur Flemming Award); and a management consultant with McKinsey & Company. As an Air Force Psychological Warfare Officer, he served in Korea and the Philippines. Since his retirement, Ambassador Ferguson, and his wife Patti, have resided in Santa Fe, New Mexico where he has written five books relating to travel, religion, essays, aphorism and sports. He received two degrees from Cornell University and a law degree from the University of Pittsburgh. 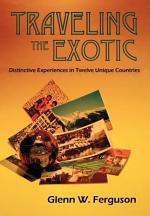 Authors: Glenn W. Ferguson
Categories: Travel
Culture, politics, education, religion, flora, fauna, and vivid descriptions of many exotic landscapes are explored with a large dash of humor as the author takes us along for a fascinating tour of twelve countries that have been a vital part of his life and career. Starting in India in 1984 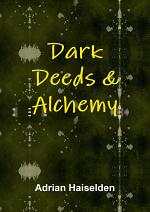 Authors: Adrian Haiselden
Categories: Fiction
Set in the upper reaches of the Thames in the late 19th century; 'Dark Deeds & Alchemy' is a rite of passage story with murder, magic and villainy. The book has all the characters you would expect to find in a Victorian melodrama: an orphan, an eccentric uncle, an odious 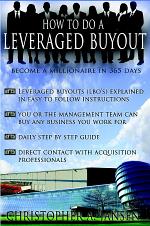 How to Do a Leveraged Buyout (Hardcover)

Authors: Christopher Jansen
Categories: Fiction
This is the definitive guide to successfully completing the leveraged buyout of ANY business. Any business can be purchased in an LBO, detailed and explained in this step by step book. This is a must read for any manager, business owner or investor interested in buying a business; the larger 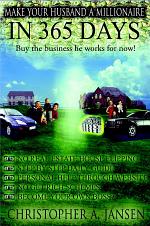 Make Your Husband a Millionaire in 365 Days (Hardcover)

Authors: Christopher Jansen
Categories: Business & Economics
Your husband can become a millionaire. This book is not a guide to the get rich schemes, but rather a step by step guide of how he can acquire any business he works for, and become a millionaire in the process. The details are easily spelled out and direct author 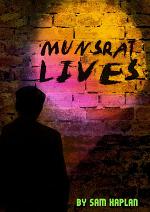