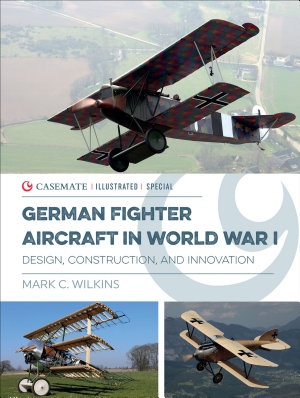 This fully illustrated volume explores German military aviation during WWI through archival photographs and authentically detailed replicas. Fighter aircraft were developed during World War I at an unprecedented rate, as nascent air forces sought to achieve and maintain air supremacy. German manufacturers innovated at top speed, while constantly scrutinizing the development of new enemy aircraft. The Germans also utilized the concept of modular engineering, which allowed them to disassembled or reassembled their aircraft quickly in the field. The pinnacle of their aeronautical innovations was the iconic Fokker D VII—the only aircraft specifically mentioned in the Treaty of Versailles, which forbade Germany from building it after the war. German Fighter Aircraft in World War I explores how German fighter aircraft were developed during the war, the advancements and trials that made the Fokker D VII possible, and the different makes and types of aircraft. Using unpublished images including photographs of surviving aircraft, archive images, and models and replicas, this volume shows details of aircraft that were kept top secret during the war. Extensively illustrated with 140 photos and ten color profiles, this is will be essential reading for all WWI aviation enthusiasts and modelers.

Authors: Mark Wilkins
Categories: Antiques & Collectibles
Fully illustrated overview of the development and different types of German Fighter aircraft during World War I. Fighter aircraft were developed by during World War I at an unprecedented rate, as nascent air forces sought to achieve and maintain air supremacy. German manufacturers innovated at top speed, while constantly scrutinising 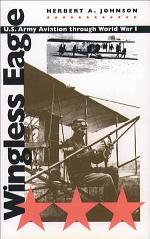 Authors: Herbert A. Johnson
Categories: History
At the start of the twentieth century the United States led the world in advances in aviation, with the first successful engine-powered flights at Kitty Hawk, North Carolina, and Dayton, Ohio, beginning in 1903. Fifteen years later, however, American airmen flew European-designed aircraft because American planes were woefully inadequate for 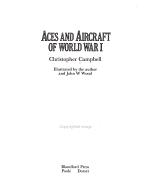 Aces and Aircraft of World War I

Italian Aces of World War I and Their Aircraft

Authors: Roberto Gentilli, Antonio Iozzi, Paolo Varriale
Categories: Biography & Autobiography
For the first time, a detailed history of a little known aspect of the Great War in the air: the forty-two Italian aces. From legendary personalities such as Francesco Baracca and Scaroni to completely forgotten aces, each biography details their personalities, and their combat careers during and after the war.

Authors: Les Rogers
Categories: History
Years in the making, this book covers the wide variety of markings used by British aviation units in World War I. Organized numerically by squadron number the book includes both textual and photographic examples for nearly all RFC, RAF, and RNAS squadrons. Many of the photographs are published here for